Location: south Etobicoke, at the base of Kipling Ave., adjacent to Humber College South Campus
Date: December 26, 2018, Boxing Day
Weather: High of 3 degrees Celsius, partly cloudy with no snow or precipitation, winds SW 12-20 km/h
No ice on the lake as well as the LSYC basin even around the edges.
This is the second year of the FOSS Christmas Bird Count.
12 count participants found about 800 birds of 46 species.

The largest number of birds of the same species were 309 Greater Scaup.
The top 10 birds in order seen at one time:

The notable birds of the day were:

If you have sightings from December 26th that you did not send in, please send to Brian Keaveney.
masters@sympatico.ca 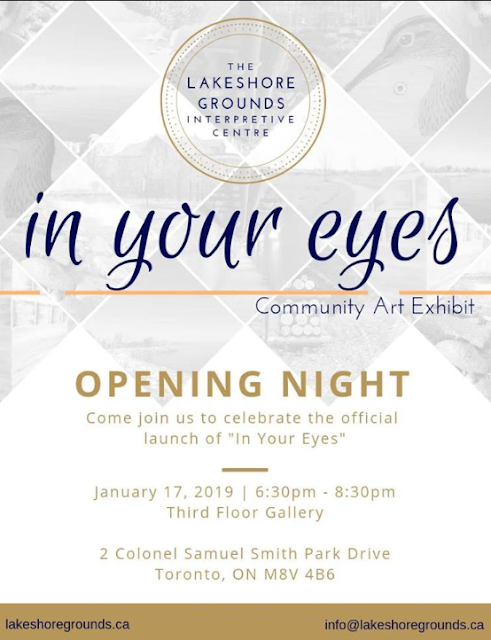 Launch of their first community art exhibit: "In Your Eyes",  a unique view of the Lakeshore Grounds as seen by 18 local artists.  It will introduce you to new ways of seeing and appreciating the space we share!
No comments: 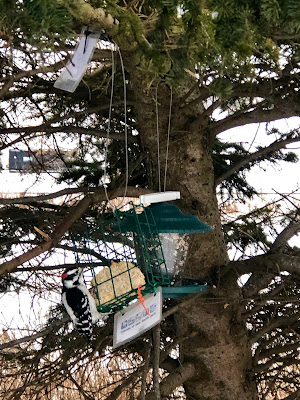 Sanja Antic, one of our regular bird feeder volunteers, sent us this photo from this morning. FOSS bird feeders can be viewed at different points around the skating trail.

Also, don't forget to check out the activity at Bruce Wilkinson's feeder near the turnaround oval at the south parking lot.

Thanks to all our volunteers
No comments: