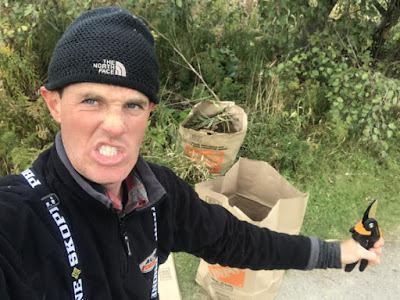 Sam Smith Park has our own Burdock Warriors like Barbara Keaveney, Monique Fischer and Sandra Hawkins who volunteer their time and meet in the park to work on the plants.  FOSS has consulted with David Creelman regarding the removal process and the group efforts by the Friends of Humber Bay.


Yesterday, after spending much of the day in the park birding, Andrew Keaveney, along with Stephan Baker and Eric Baldo, abandoned their birding day after finding two dead kinglets caught fast in burdock seed heads.  Andrew picked up equipment and filled up four bags of seed heads for disposal.

"Stephan and I got fed up after finding 2 Ruby-crowned Kinglets caught up in it this morning and deceased so decided to take matters into our own hands. A trip to Home Depot for bags and clippers and off we went to the southern peninsula to wreak havoc!"

These two Kinglets were far from the only stuck birds Andrew has come across.  Even a red-breasted nuthatch was found dead. 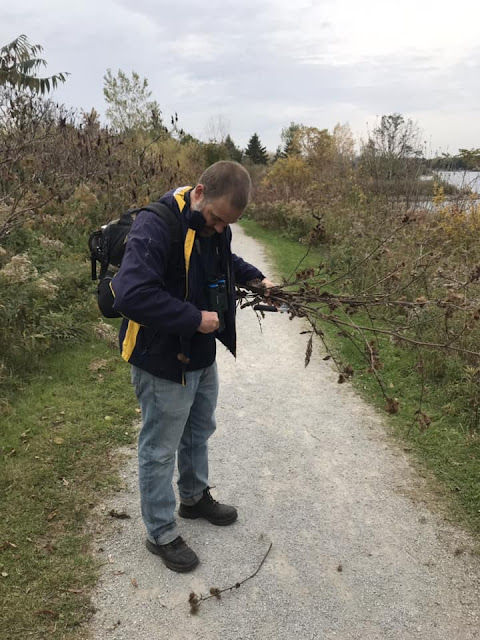 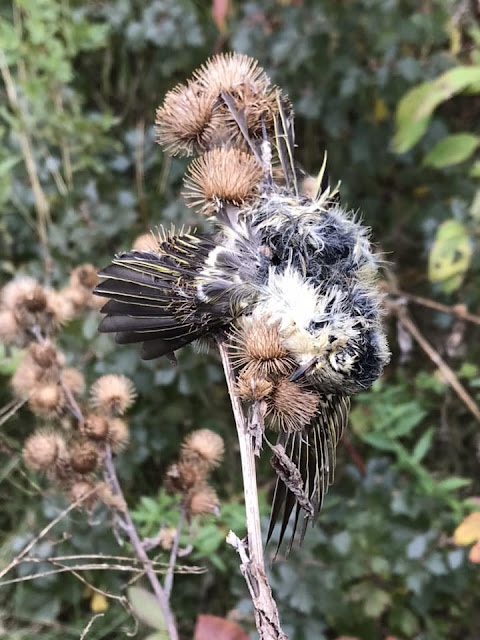 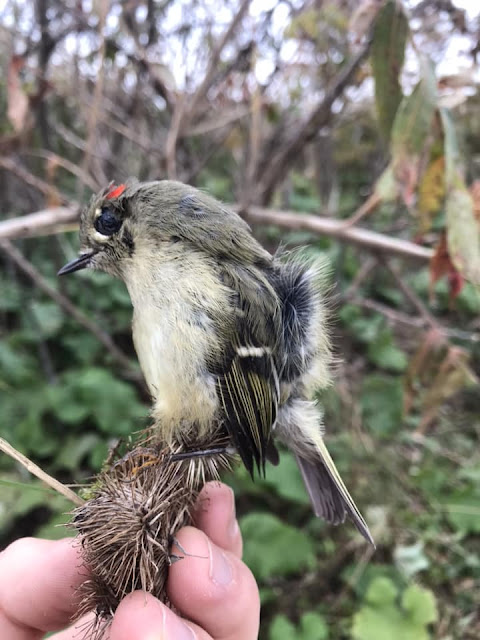 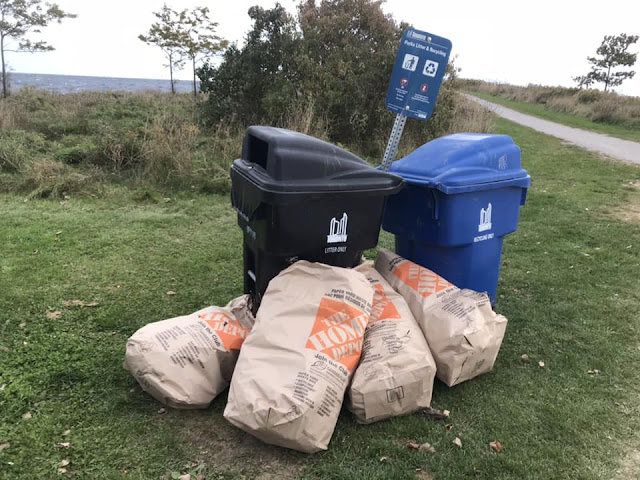 Hello there! This is my first comment here so I just wanted
to give a quick shout out and tell you I genuinely enjoy reading through
your posts. Can you recommend any other blogs/websites/forums that go
over the same topics? Thank you so much!