SOME IMAGES FROM THIS YEAR'S SPRING BIRD FESTIVAL

During the Spring Bird Festival last weekend, birders and curious visitors were entertained by a very accommodating, normally quite secretive, Least Bittern who posed out in the open for a long while for anyone who wanted a photograph.
Note the long claws on this bird - very useful for gripping slender willow boughs while it waits and watches for prey in the water below.

PURPLE MARTIN HOUSE: FOSS, with help from CCFEW, has cleaned, prepared and erected a Purple Martin house on the west side of the Colonel Sam Smith Yacht Club.

RED-NECKED GREBE NESTING PLATFORMS: Platform maintenance, construction and erection will be coordinated in 2018 by FOSS President, Brian Keaveney.  Thanks to Joe C. of the CSSP Yacht Club for his instigation of and dedication to this project.

SWALLOW NESTING SITES: FOSS volunteers (with special thanks to Terry Smith) have prepared a total of 66 Tree Swallow boxes. See blog for details. Check out the action in Swallow Meadow.

DRUG/GARBAGE PROBLEMS AT COL. SAM: Discarded drug paraphernalia and litter are on-going detriments in the park, particularly in the North Creek area. Visitors are asked to notify the police at 416 808-2200 for drug infractions and 311 for trash build-up.

TWO-HOUR PARKING LIMIT ON SOUTH LOT AT COLONEL SAM: FOSS has been informed that the two hour parking limit in the south parking lot has met with some success. Vehicles are being marked and fines are being issued.
No comments:

A MORNING AT THE WHIMBREL WATCH


What follows is a piece written by Jennifer Bazar, curator at the Interpretive Centre at Humber College.

Thanks to an introduction from Terry Smith at Friends of Sam Smith, I had the opportunity this morning to attend the annual Whimbrel Watch out at Whimbrel Point in Colonel Samuel Smith Park. My primary aim was to work with Humber’s Arboretum to interview Tim McCarthy and Wayne Renaud for the upcoming exhibit at the Interpretive Centre (oops! spoiler alert!) but as a first-time attendee of the Whimbrel Watch I thought it might be fun to share my notes from the experience:

4:00am – My alarm sounds and I fumble around in a daze. At this stage in my morning consciousness I’m not sure I could identify a “bird” let alone a whimbrel. Even the simplest morning tasks seem more complicated and I am silently grateful that I will be a cup of coffee deep before I meet up with the group.
4:30am – I head out to the car. The first thought that strikes me is that in the pitch black the street is alive with bird songs. Their volume is surprising against the silence from the houses. Before I have a chance to think much further about this early morning chorus, I become aware of a light rain and focus instead on wishing away the clouds.
5:15am – I am wandering into Colonel Samuel Smith Park. Sunrise will not officially take place for another half an hour but there is more than enough light in which to navigate the paths in the park. I expected an eerie, lonely walk through the dark but am instead surrounded by lit paths, dog walkers, and birders armed with large scopes. I had no idea there was such activity at this hour!

5:30am – My first view of Whimbrel Point as I approach reveals that I am not the first to arrive. My nervous and shy “hellos” are greeted with warmth and welcome. Wayne Renaud – one of the men I have come to interview – is among the group. It becomes immediately obvious that he is just seeping with knowledge about birding. He’s also much more prepared than I am for the day’s event: layers of fleece, a toque and mitts, and a bag filled with snacks to take him through the day – only his sunburnt (or perhaps wind burnt?) cheeks show any sign that the weather may pose a challenge.
5:45am – A crowd is starting to gather. Tim McCarthy – the second man I have come to interview – is easy to spot when he arrives. Dressed in shorts despite the chilly breeze, he wears a collection of feathers in his cap and a stuffed whimbrel pokes out of his backpack. He announces to the group that he has received an early morning email from his contacts in Virginia and the news is not good: the storms are still raging in the U.S. and no whimbrels were spotted leaving overnight.

6:15am – Despite the bad weather to the south, the first flock appears overhead. The sighting stops the conversation dead and a wave of binoculars and camera lenses point in unison towards the birds. Counts are shared with the group – around 35 in this flock – as Tim records the time and weather details on his clipboard.
Wayne and Tim spend the next few hours sharing stories of their own entries into birding, how they became involved in the Whimbrel Watch, and why the annual count is important for the conservation of the at-risk species. By the level of energy the two exude you would think this was Day 1 of the Whimbrel Watch – in fact, the two men have been out daily since the 19th.
9:30am – The excitement with the appearance of the first flock has waned and the numbers of birders out at Whimbrel Point has begun to shrink. A momentary thrill comes when another flock is sighted – but the mood quiets quickly as the group determines it is the same flock as earlier, still making the rounds. Today is shaping up to be a quiet one for the Watch.
11:00am – I am starting to fade. The early morning wake-up has distorted my stomach’s idea of when lunch should arrive and the cold has now seeped in through my bones. The conversation over the morning has been fascinating – a collection of first-timers and experts alike have generously shared tips, suggestions, and a wealth of stories. A school group visiting the area approaches to learn about the whimbrels and I use their arrival as an excuse to seek out food and warmth.

11:30am – I arrive back at the Interpretive Centre with my cheeks burning red from the morning wind exposure. The whimbrels failed to turn out but their dedicated watchers have made the experience worth every moment. I feel committed to the full experience now and make plans to return this weekend for another attempt to spot the flocks.
Want to experience the Whimbrel Watch for yourself? Join the group out at Whimbrel Point anytime between now and the end of the month (or stop by during this Saturday’s Spring Bird Festival!). Every knowledge level is welcomed but be warned – the passion of these birders is contagious and you may return home only to find yourself shopping for a pair of binoculars online…
No comments:

If you are an early riser and up for it, join Wayne and Tim and others out at Whimbrel Point to view the Whimbrels passing and, sometimes, landing.  Starts around 5.30 in the morning!

CLIMATE CHANGE THREATENING SOME MIGRATORY BIRDS THAT BREED IN CANADA 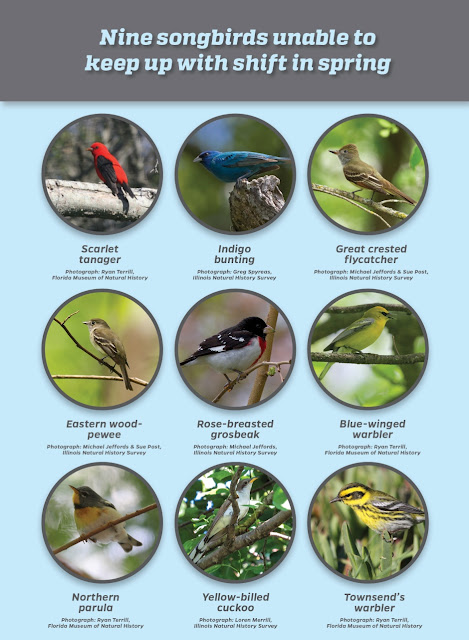 With the Whimbrel Watch now well underway at Whimbrel Point on the park's southern headlands, it is a good time to remember Fred Bodsworth and his book that was so instrumental in preparing the way for the regulatory protection of species like the Whimbrel that make extraordinary migratory journeys and which happen to pass right by Sam Smith Park every May. (The Spring Bird Festival poster this year features an image of this remarkable bird.)
"The Last Curlew" is a poignant and moving story that takes the reader right in to the heart and soul of what it might be like to be that very last of your kind.
There is a memorial bench dedicated to Fred at Whimbrel Point.
To read more about Fred Bodsworth, check out a previous post on this blog.

Bird Studies Canada is telling Fred's story of the last Eskimo Curlew to music at a local venue this coming Saturday.  Tickets are free and you can register by clicking here.  Below is a description ....