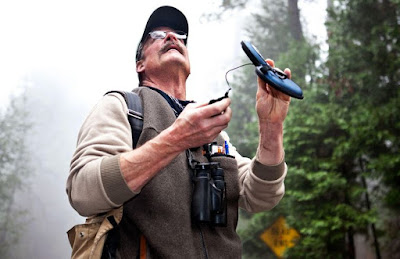 Using electronic devices that project bird calls to bring birds in closer is a controversial subject in the birding and wildlife photography world.  Birding "authorities" generally advise extreme caution when considering this practice.  Though not illegal, there are occasions when "harassment of wildlife" charges could be laid.  A Google search quickly reveals the complexity of this issue.

A local birder and photographer sent FOSS a personal reflection on this matter .....

Simply stated, playing bird calls to lure a bird for the purposes of photography or for a check on a birding list is, in my opinion, wrong. Recordings that are used for true scientific purposes are one thing. Those used for stroking personal egos are another!

As an example: in spring, there is great competition in the "listing" world to check off warbler species. These little 1/2 ounce (or less) birds have already suffered a great deal of stress completing their long journey from the tropics. They must contend with habitat loss, 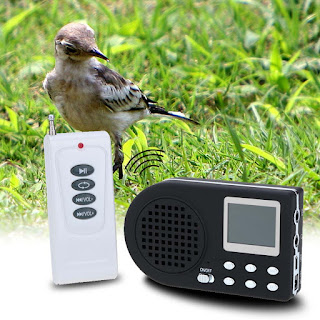 pesticides, predators, weather, night light, tall buildings and much more.  In a very short time window, after their arrival, they must find/protect a territory, attract a mate, protect that mate, build a nest, protect the nest, feed their young, etc.etc. On top of all that,  they have intrusions by birders/photographers playing recordings. The sound of the recording is interpreted as a rival in their territory and this forces them to expend even more energy in defending against an unseen threat!

Their energy reserves are already "paper thin". The energy wasted in defending against such threats could better be used to complete the nesting cycle and to insure a safe trip back south.
I personally believe that I am a guest in their world and should respect their boundaries. If I don't get a photo, so be it!
Concerned Naturalist