The previous post referenced Red-Necked Grebe platforms made by Joe Calico, a member of the Lakeshore Yacht Club.
Joe has been working on and perfecting his design over a number of years.  The ever increasing number of chicks hatched in the bay at Sam Smith Park every year is ample evidence of the worthiness of his endeavours.
Every spring, Joe can be seen in his dinghy tirelessly putting out the platforms in the bay.  He attaches them to brightly coloured buoys for the birds' safety and anchors them with cement blocks so that they won't drift.
The grebes, birders, photographers and other park visitors are very, very grateful, Joe.  Thanks.
2 comments:


Sandra is a local photographer, naturalist and an active member of the Friends of Sam Smith Park steering committee.

As of the posting of this article, there are seven grebe pairs in the bay sitting on eggs - six on provided platforms and one on a rock outcrop.

“In order to see birds, it is necessary to become part of the silence”.   Robert Lynd

The winter Olympic Games are long over, and soon it will be time for those of the summer to begin. Although the “human” games happen every four years, I think in terms of a different sort of Olympiad—the one that unfolds with each successful return migration and nesting cycle.
Surviving on the wintering grounds, completing the long flight northward, seeking a mate, locating and defending a nesting territory, building a nest, mating, laying eggs, protecting, feeding and raising the young--all in such a short period of time, are truly feats of Olympian proportion. Human athletes train for a scant number of years. Birds train for their entire lives.
In spring, soon after the ice recedes from Ontario’s lakes and ponds, the plaintive wail of the Red-necked Grebe shatters the winter’s silence. For the past few years, however, the shoreline of Lake Ontario in the GTA and the marina at Colonel Samuel Smith Park have served as wintering locations for some of these magnificent birds. Although its sound may not be as musical or as lilting as that of the White-throated or Song Sparrow, it announces that a new season has begun with grand changes in the offing.

Description, Distribution and Range
Shedding their subtle gray feathers of winter, the Red-necked Grebes that return to Ontario in March are clad in avian finery. With their chestnut necks, distinctive large white cheek patches, natty jet black crowns, dark gray head and long black bills that are yellow at the base, the birds are a sight to behold. They are a medium-sized grebe with a length of 43-56cm, a wingspan of 61-88cm with weight averaging 800-1600g. The sexes are similar in colouration, although the male tends to be larger than the female.
Although Red-necked Grebes are listed as one of the most common diving birds found on large numbers of lakes in western Canada, their presence in our area has most often been associated with migration alone. The Canadian Atlas of Bird Banding describes their breeding range in Ontario to be “from Lake Superior westward...” Such statistical data will most certainly need updating thanks to our resident wintering and breeding population in Colonel Sam Park. It is hoped that the park’s recent designation as an Environmentally Significant Area (ESA) will provide the Grebes with added protection.

Courtship
Red-necked Grebes commonly form breeding pairs while still on the wintering grounds and they tend to be monogamous during the breeding season that lasts from May to September. Sexual maturity occurs at 1-2 years.
The courtship period is noisy and active and may become highly aggressive, especially when other Red-Necked Grebes dare venture too near. Although the birds tend to be largely silent during the non-breeding period, such is not the case when pair bonds are being established. Whether singly or as part of a duet, the birds commonly enter into bouts of loud wailing during their highly ritualized courtship and territorial defence displays.  At times they appear to run on the surface of the water as they rush closer together in an upright position and present each other with “gifts” of green vegetation. Thrashing of wings, hunching of bodies and pointing of bills upward are parts of the “arsenal” employed when interlopers begin to encroach.

Habitat and Nesting
In spring, Red-necked Grebes seek out marshy ponds and shallow bodies of fresh water. Although the male initiates site selection, both birds are involved with nest building. Aquatic (emergent) vegetation forms the primary building material for nests that, in the wild, are built atop a “platform” of floating plant material.  Nests are often secured to vegetation at the bottom of a pond. (FOSS offers a very special thank you to Mr. Joe Calico in appreciation for successfully designing and building platforms for the Red-necked Grebes that nest in the Colonel Sam Smith Marina). The upper layer of the nest consists of sticks and bulrushes. It is not uncommon to observe a nest entirely surrounded by open water.
A clutch of 1-9 light blue eggs is laid in a depression formed in the middle of the nesting mound. Both parents share incubation duties lasting 21-33 days. Immediately upon hatching (asynchronous), the downy and precocial chicks climb onto a parent’s back where they will spend most of the next 10-17 days. At times, the brood may be split between the parents in order to spread the demand for feeding equally between the adult birds.
The parents continue to feed the young for approximately 50 days. Fledging occurs after 50-70 days. Normally Red-necked Grebes raise a single brood, although re-nesting after a clutch has been lost or the incubation of a second clutch is not uncommon.

Diet
The grebe’s diet is varied and includes small fish, minnows, sculpins, crustaceans, tadpoles, aquatic insects, crayfish and some vegetation. They are also known to catch low flying insects out of the air.
Adult Red-necked Grebes ingest large amounts of their own feathers, while feathers of parent birds are found in the stomachs of their small chicks.  It is speculated that these wads of feathers act as a sort of padding that protects their stomachs from sharp fish bones. They may also retard the digestion process allowing bones to dissolve and not pass into the intestine.

Threats and Status in Ontario
Red-necked Grebe populations are relatively healthy and stable in Ontario. They suffer predation from foxes, raccoons, mink, muskrat, pike, Bald Eagles, gulls, ravens, crows and even American Coots. They are susceptible to disturbance from farming, fracking, road building and general human interference with the wetlands and lakes they require for feeding and nesting. Contaminants such as heavy metals and organochlorines that accumulate in the tissues of their prey are suspected for causing thinning of egg shells and egg sterility. Boat traffic near nesting areas should be minimized to prevent disturbance to the birds and their nests.

Conclusion
One of the first books I truly called my own was Ernest Thompson Seton’s “Wild Animals I Have Known”. I treasured my old dog-eared copy and, to this day, have not forgotten the wonderful word portraits he painted. His tales are etched in my mind as though it were yesterday. For those who have not yet read this classic book, I urge you to do so as it recalls memories of a less degraded and threatened natural world. This “portrait” of the Red-necked Grebe is dedicated to such memories.

*This article was first published in Nature Alberta Magazine in 2014. It has been edited to include Ontario references. All photographs were taken at Colonel Samuel Smith Park or at Humber Bay East Park.
3 comments:

WORK TO START ON NEW CATHOLIC ELEMENTARY SCHOOL THIS SUMMER 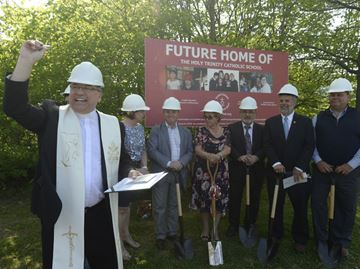 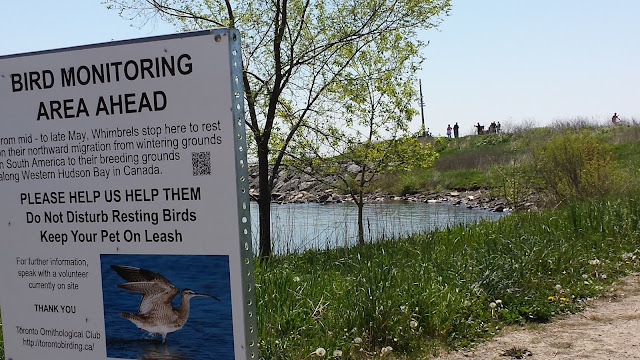 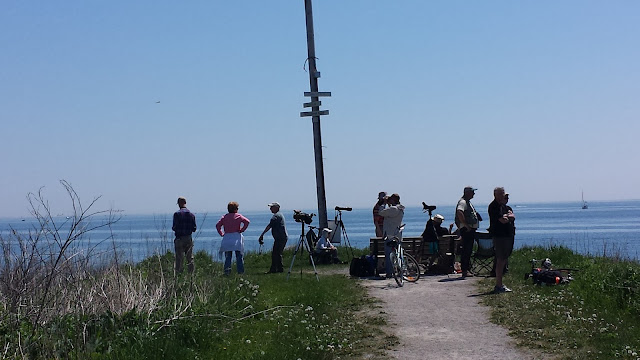 (The Ontario Field Ornithologists operates an electronic mailing listserv called ONTBIRDS that notifies birders of interesting Ontario sightings.   ONTBIRDS is a good way to keep on top of what's being seen in our park as migration begins to accelerate as well as keep up with other interesting Ontario sightings.  On average, there are about 6 - 8 postings a day and Sam Smith Park is frequently one of them.)
Click here to find out more about Fred Bosworth. 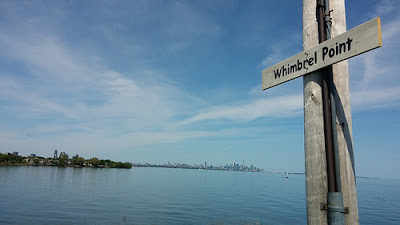 From Tim Mccarthy via Ontbirds:

Today we went out with a Whimbrel not a Bang (sorry, T.S.)

Believe it or not, around 8:50 this a.m. we were overflown by no less than 30 of our favourite chicken-sized shorebirds. So wonderful to hear again their thrilling, hairs up the back, wild kind of song!  Not only have we been so lucky but if you've been reading Ontbirds reports lately you would see that there've been a good many more Whimbrel reports than has been usual, from places that we'd never heard from before. Lots of other shorebirds, too. That means, of course, if you can get out to those places tomorrow you will see lots of shorebirds. Their apparent increase in birds observed has to come from one or a number of good-news reasons:

There are more serious people out there looking for shorebirds. Yes, that holds credence for many reasons, not the least of which is more and more baby-boomer retirements these days to put more knowledgeable birders on the spots, more sophistication in finding and identifying and quicker location through social media. More spotters, same birds.

There has been a favourable pattern of weather lately? Well, I'm not much of a weather man but there certainly has been a change in winter and spring this year. Whether the weather is favourable for shorebirds or just a fluke will require much tiresome analysis from the tiresome analysis folks. Meaning we're seeing our birds plus somebody else’s'?

Or how about this one?  Because of all mankind has been doing to help these birds, both in their winter and summer grounds their populations have finally begun to increase. Don't know if I'm going to live to see that one. It just might be true for Whimbrels but I can't see it happening to everybody everywhere.

So I'm asking you all because I want to know.

Here's what's making me so goofy. Today we at the Whimbrel Point saw: 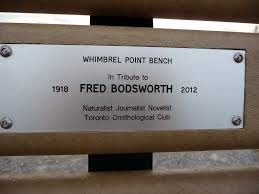 Innumerable Cliff Swallows, so good it is to see them back under the eaves of the Treatment Plant

Pretty good day for the first one, huh?

Thanks to all the folks who came out to help and especially to those who came to learn. You are all more than welcome to come back anytime.

If anyone is interested in filling in the afternoon shift, say, from Noon 'til 5 or 6, we really need you as the Whimbrels have been showing up late sometimes and I know we missed 'em. I'll show you how to keep Reports if you're new and I'll make sure you're comfortable in the seat before all the morning shift goes stumbling off and you start getting swamped by Whimbrels!