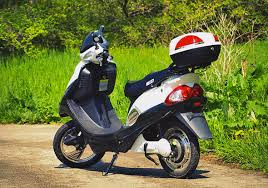 People have been asking about the legality of riding electric bikes or e-scooters in Sam Smith Park.

We checked municipal by-laws and found out that they are classified as "motorized recreational vehicles" under Toronto Municipal Code, Chapter 608, and therefore, they are NOT permitted on bike paths or foot paths in City of Toronto Parks. 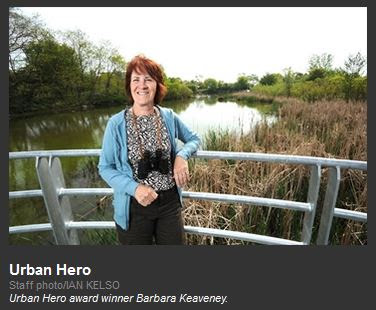 
Etobicoke Guardian - July 5th. 2015
Barbara Keaveney’s passion for teaching reaches beyond her four decades in an Etobicoke classroom to spearheading environmental education along the waterfront.
The Alderwood woman has been with Citizens Concerned About the Future of the Etobicoke Waterfront (CCFEW) since 2001 when she read an article in The Guardian about bird walks in Colonel Samuel Smith Park.
Her then 14-year-old son found fellow bird enthusiasts on the walks. Soon after, Keaveney was organizing them.
Today, there are 193 different bird species on CCFEW’s bird checklist.
“The interest is growing and growing,” Keaveney said of the park’s annual bird festival she helps organize. It is now in its sixth year.
“At first, people thought it was just for birders. But it’s for anyone who wants to get out and see and walk the park. Mainly, it’s to get people into the park.”
Colonel Samuel Smith Park is a rare naturalized waterfront park at the foot of Lake Shore Boulevard West and Kipling Avenue, little-known beyond area residents. Keaveney sits on its stewardship organization, Friends of Sam Smith Park.
Debbie Wagdin nominated Keaveney for an Urban Hero Award for her “enormous impact” on environmental education of the public, and local school children.
“Barbara uses her quiet determination to bring her love of nature to countless members of the public and thousands of school children,” Wagdin said.
Four years ago, Keaveney reached out to Humber Arboretum staff to encourage them to offer their nature programs in the park. Last year, 1,800 local elementary students took part.
“It feels great. The classes really took off last year,” she said. “Once they go, the same people are coming back, and teachers are telling other teachers.”
1 comment: