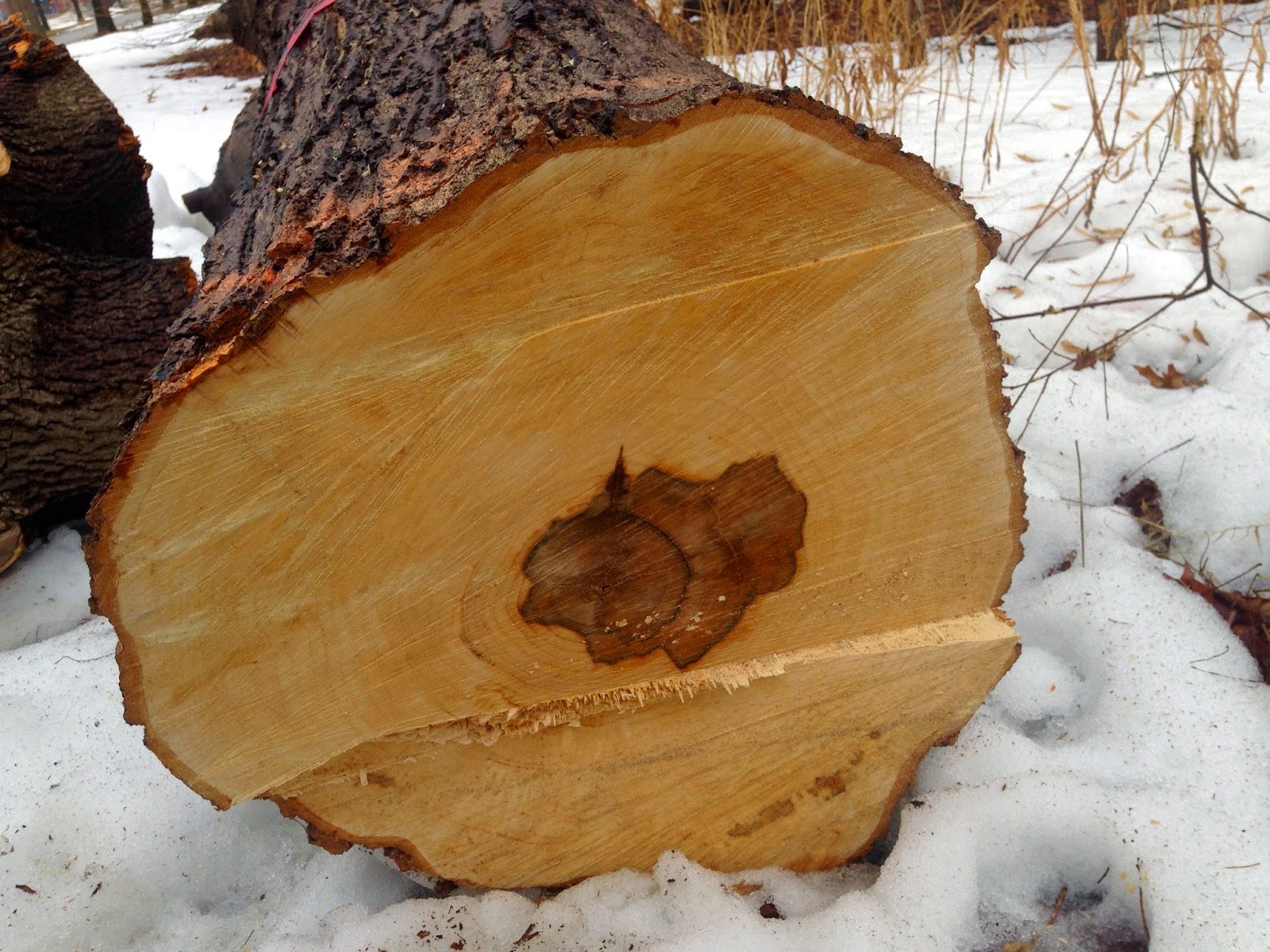 Arborists have recently started clearing the site for Humber College’s Welcome Centre (southwest corner, Lakeshore and Kipling).  There are (were) eighteen trees of “significance” on the leased parkland.  Some trees (can you count the rings?) may have been as many as 50 – 70 years old.  Some fallen trees are being used to provide turtle basking spots in the large pond and some will be used to embellish the new building. 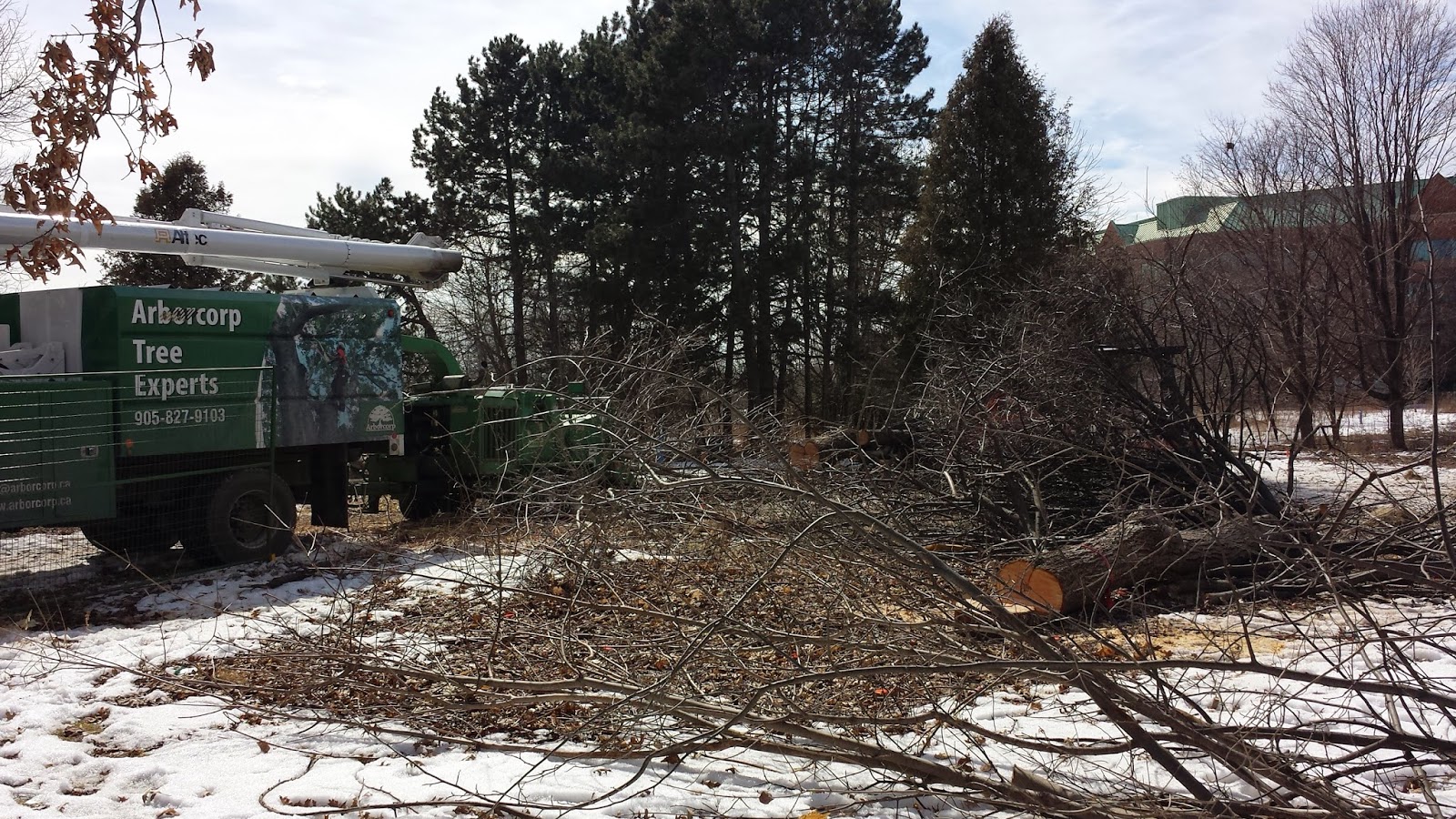 The City’s planning department requires building applicant’s to replace trees on such a site at a ratio of three to one or pay cash in lieu (nearly $600 per tree). That makes fifty-four to be “replaced”. 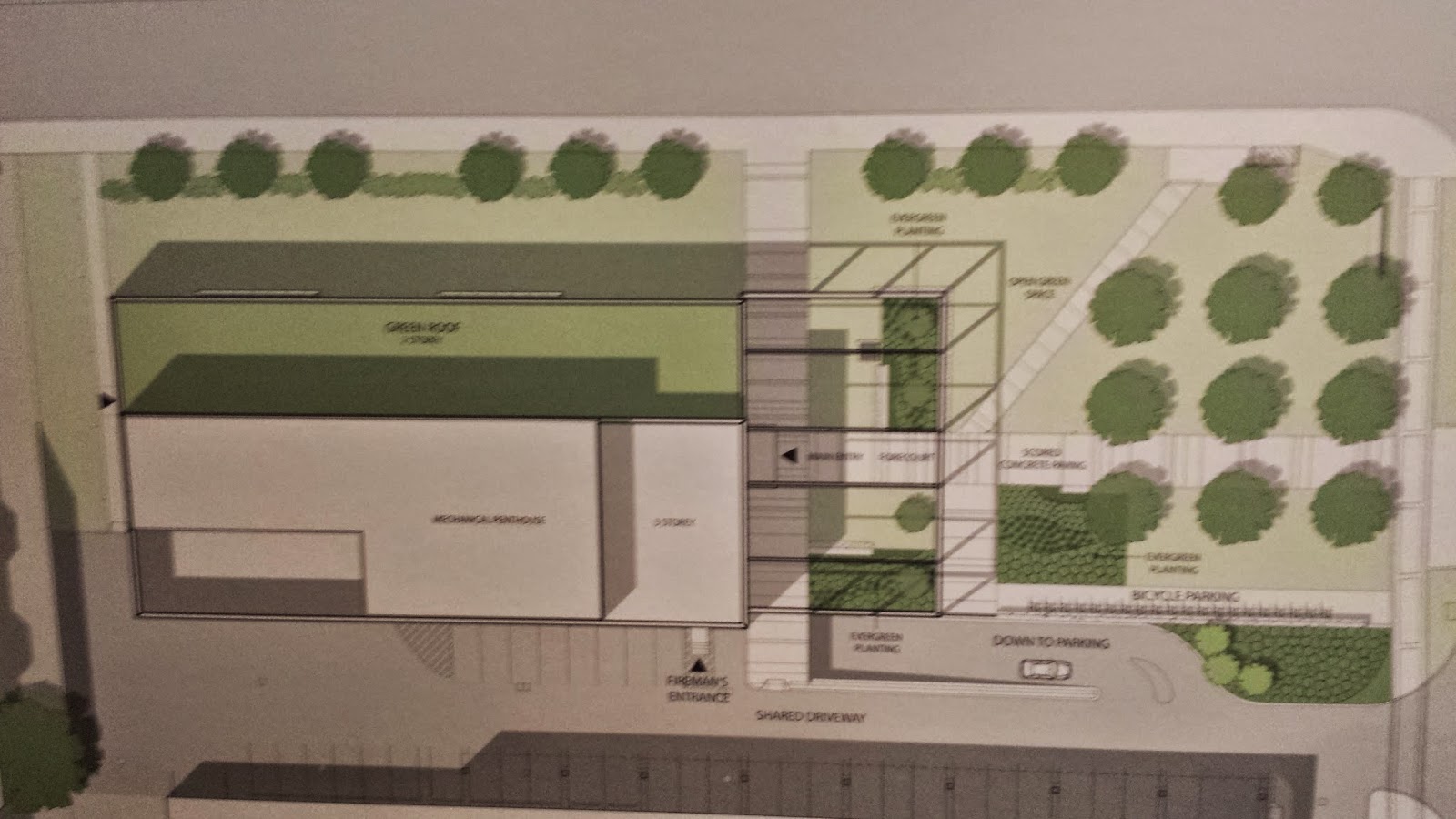 Wanda Boute, Humber College Lakeshore Principal, has told Friends of Sam Smith Park that there will be twenty-four new trees planted on the site (see map) and that Humber has paid City Forestry the cash equivalent for the other thirty.  As a welcome community gesture, Humber will also plant twelve new trees in the children’s play area at St. Leo Catholic Elementary School in Long Branch where none exist at the moment.


Wanda tells us that the final decision on where the thirty trees will be planted rests with Forestry (i.e. anywhere in the City!) but she has recommended that FOSS’s position be respected i.e. that they be planted in Sam Smith Park to replace lost habitat and the location(s) to be based on the advice of the City’s wildlife and habitat specialists.

Let’s hope Forestry listens and does the right thing.  Any support for this matter via letter, email or phone call could be very helpful