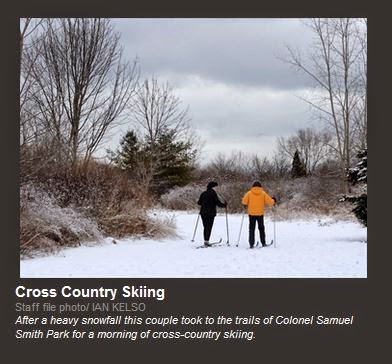 Link to Inside Toronto article

Measuring 194.6 acres, Colonel Samuel Smith Park is a great location for winter fun. Named in honour of Lt. Colonel Samuel Smith, the park – which opened in 1996 – was once part of his property in the 1800s. Aside from being a large space for cross-country skiing, the park also offers stunning panoramic view of the city as well as a skating trail."