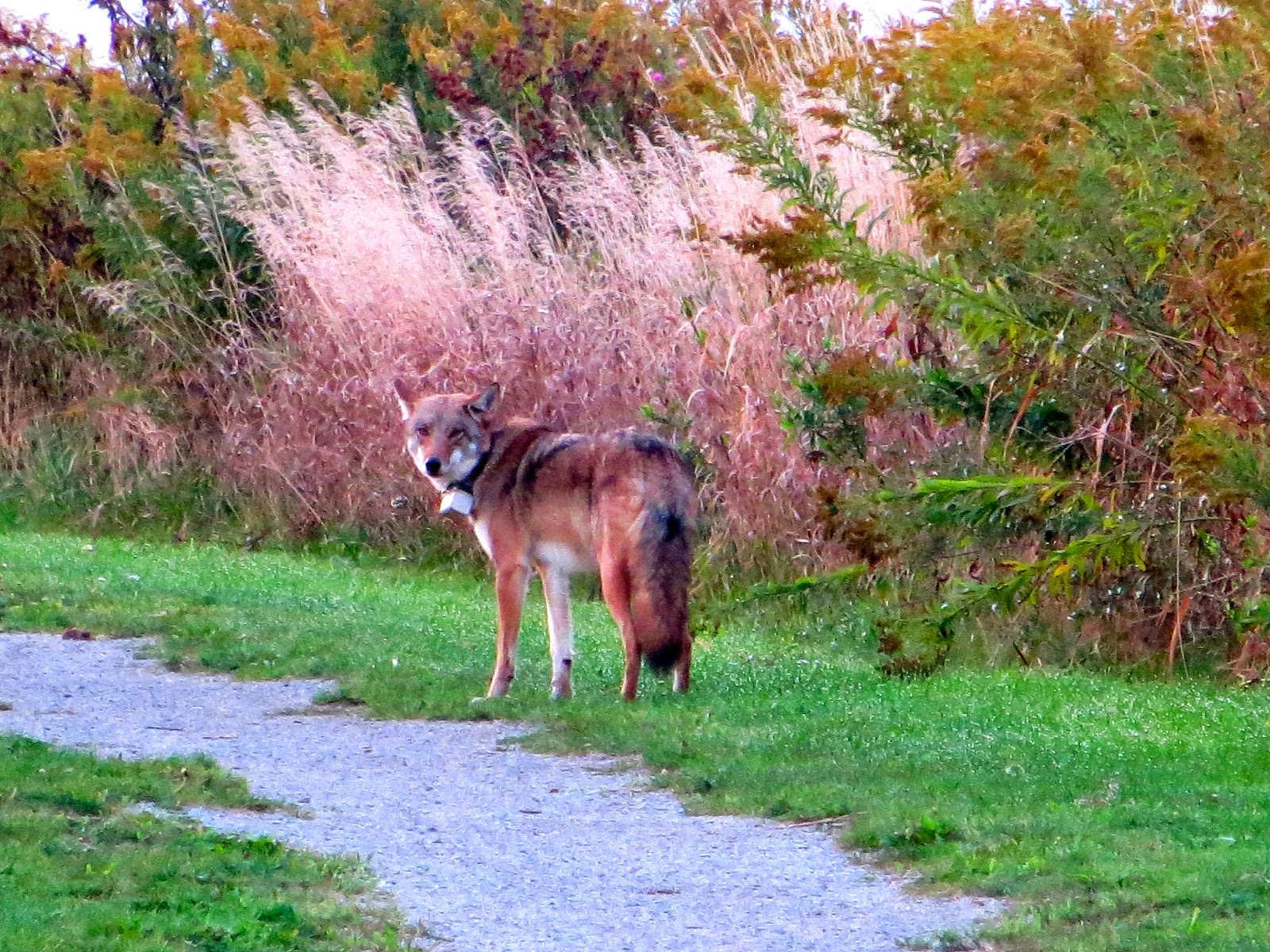 Smith Park photo competition) photographed a collared coyote in the park yesterday.  It is not the same coyote that many reported seeing earlier this year.

Brent Patterson from MNR Wildlife Research and Monitoring responded to her photograph and sighting ........

"Thank you for sending along the photos. Although MISS004 has been in that park in the past, we do have another collared coyote in the area (MISS022) and I believe it was him that you spotted. Please see the attached map of his locations over the weekend. The yellow points note his locations yesterday and you’ll see that he was in Sam Smith Park. Also, in looking at old photos of MISS004, the white markings around her muzzle are a bit different than this coyote’s markings. MISS022 is an adult male that was collared this past March at the Toronto Golf Club. He spends a great deal of time in Sam Smith Park.

As you mentioned, MISS004’s collar failed to drop and stopped transmitting data, but we spotted her and her mate several times this summer and it appears they had a litter of pups." 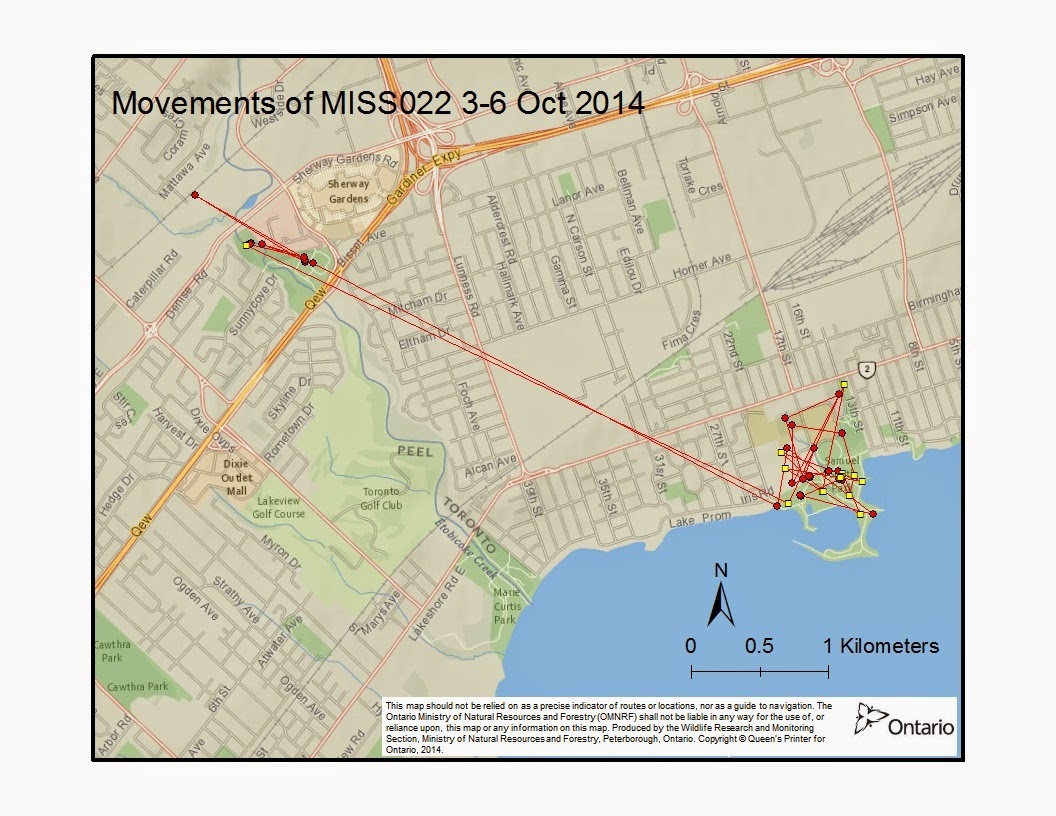