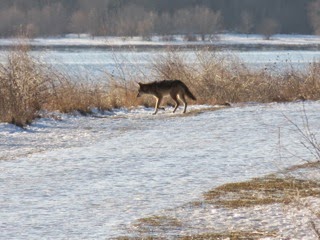 As previously reported, there have been a number of coyote sighting in the park over winter.
Rena Sherring recently sent us photographs of one of these sightings.  Other people have reported seeing three different coyotes, one with a collar, one with a limp and another.

Brent Patterson, a research scientist from Trent University working on Wildlife Research and Monitoring for the Ministry of Natural Resources, offers an explanation for the identity of two of the coyotes ……

“The collared coyote is the one we refer to as “Miss04”. She was collared in November 2012 and her GPS collar stopped sending locations in early Feb of this year so it’s nice to receive reports of her whereabouts.  Her collar was actually supposed to drop last November but the release mechanism failed so we are hoping to recapture her to replace the collar with a fresh one.  We typically have observed her with her mate since August 2012 and although he has been limping the entire time, he seems to be in good shape and does not appear to have trouble getting enough to eat or keeping up with his mate.  Ironically, this pair actually has the largest home range of any of the territorial coyotes we are tracking In Mississauga.”
Brent sent us some maps that show the tracking of their movements (Miss04). The range is surprisingly extensive for urban coyotes.  He is very interested in receiving reports of any additional collared coyotes observed.  If you see a collared coyote, please contact Friends of Sam Smith Park so that we can pass the information on to Brent. 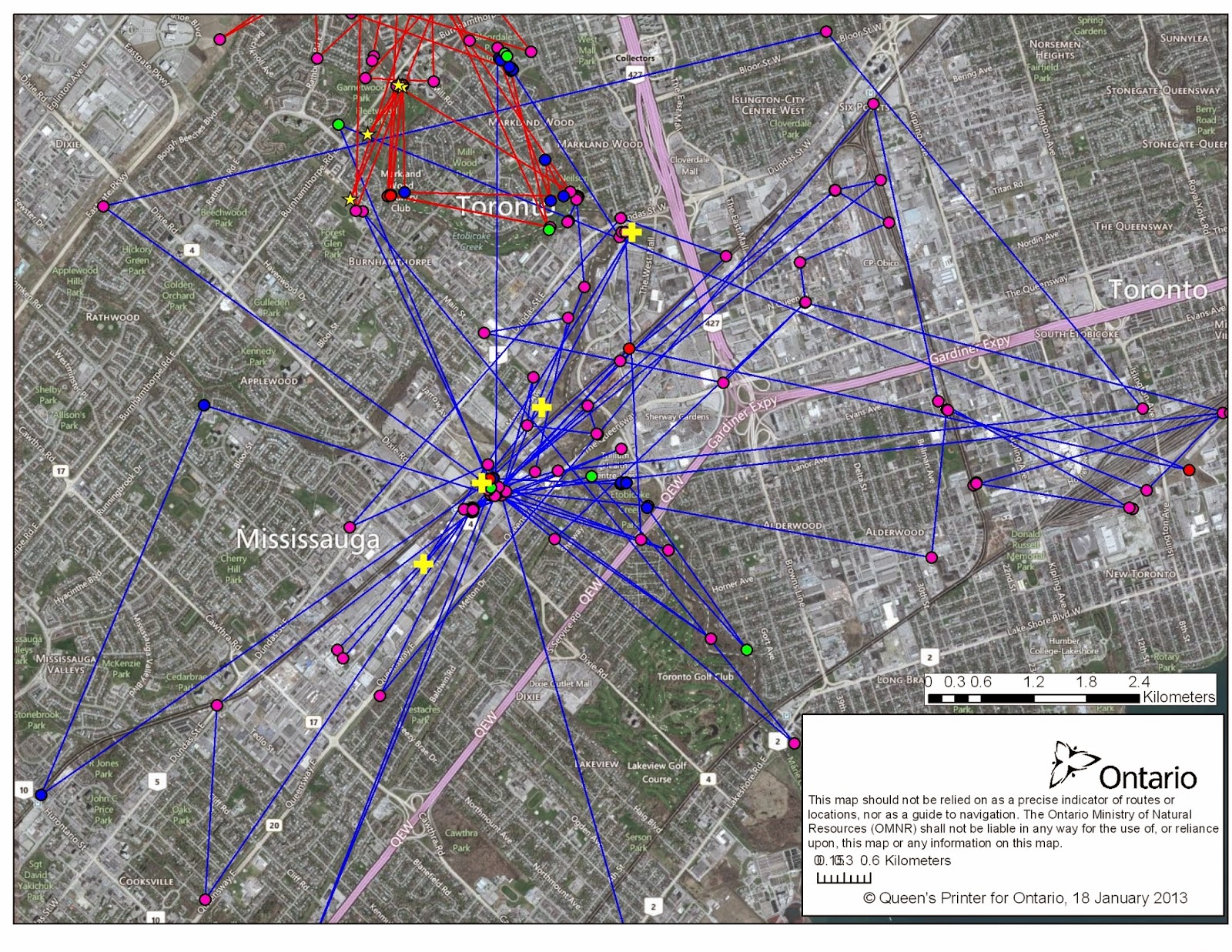 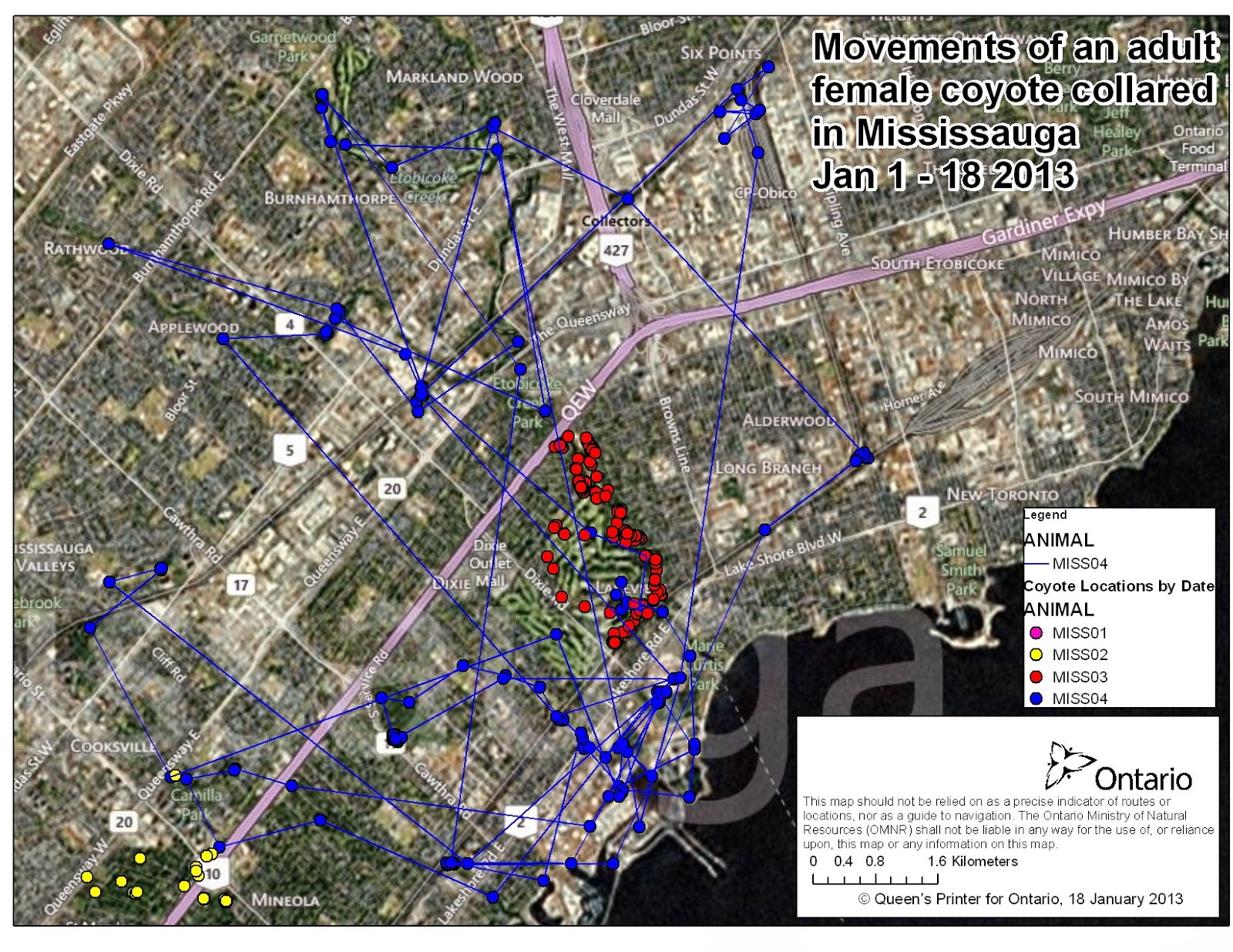 The tracking collars put on animals, such as coyotes are nothing but a form of animal cruelty. And should be treated as such. Seems that MNR has little regard for the animals it exploits when playing scientist

I can see the point to doing some research but.. it was tagged in 2012, and tag was suppose to come off in fall of 2013...it is now Feb 2015 and the tag is still on...and there only concern is how to get another one on it...better get their equipment working properly before they should attempt with any more