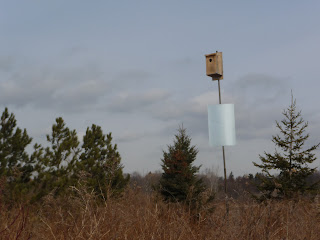 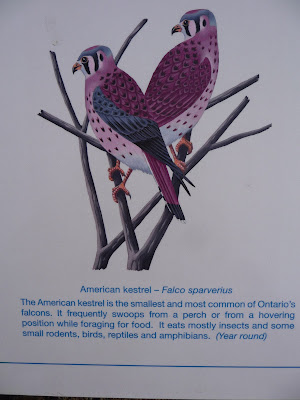 Over the winter, TRCA (Toronto Region Conservation Authority) set up two kestrel nesting boxes on poles out on the headlands and two screech owl boxes in evergreens at two locations in the park.  They have also installed forty songbird nesting boxes which should attract even more tree swallows and, who knows, maybe a bluebird family!  These, along with the twenty-five boxes that FOSS repaired or replaced last year constitute quite the “Swallow City”.  (Have you seen the “Swallow City” at Mountsberg Conservation Area near Milton?)
There is also a plan in the works to mount the two purple martin houses that were donated last year to FOSS and CCFEW in a secure area of the park.  A chimney swift tower is also a possibility.
TRCA will be trying the red-necked grebe platforms again this year. 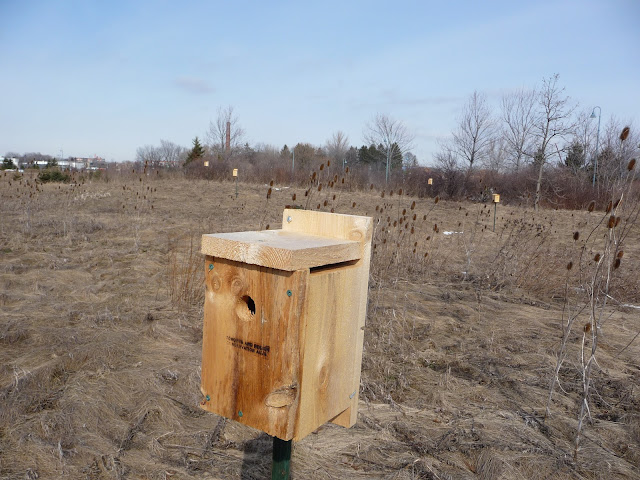