Monarch butterflies are beginning to gather in groups at Sam Smith for the great migration south.  Look for them in the trees and shrubs.
(See these recent photographs) 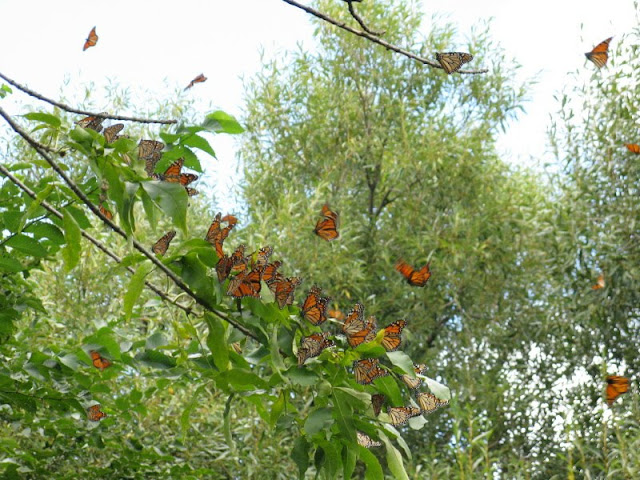 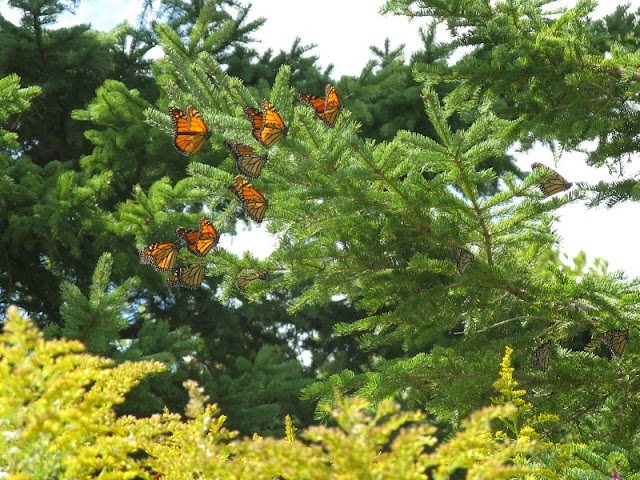 Ancient Native legends have told of waves of monarch butterflies heading southward in the autumn. For thousands of years, their destination was unknown. In 1975, the monarchs' overwintering grounds were officially discovered by Dr. Fred Urquhart of the University of Toronto. Following reports of butterflies he and others had tagged in Canada, Dr. Urquhart was led to the evergreen forests high in the volcanic mountains of central Mexico. There he discovered the monarchs.

© Parks Canada
Tens of millions of monarchs arrive at their wintering grounds each autumn. Here, they hang on the trees in such numbers that they bend the boughs. The cold winter temperatures cause the monarchs to become almost dormant. This allows them to live off their previously stored energy. Monarchs do not become active again until February, when the drive to reproduce carries them northward.

© Parks Canada
The monarch migration cycle is a mystery. Through the summer there are two, possibly three, generations raised in Ontario. The life cycle from egg to adult can take only a month, however, most large butterflies take about 45 days (see the life cycle). The generations that emerge in late summer and autumn are somehow triggered to become migratory.
These monarchs overwinter in Mexico and mate there in early spring. On their way north, eggs are laid on fresh milkweed and the adult dies some time thereafter. A few monarchs that have overwintered in Mexico return to Ontario (during May), an incredible journey of 3000 kilometres. However, it is the generation that is produced between Mexico and Canada that returns in numbers, mainly in June.
No comments:

As part of the Trees Across Toronto/Toronto Water tree planting program, Urban Forestry is proposing new plantings at Colonel Samuel Smith Park. The proposed plan is intended to increase the urban forest canopy, increase habitat and biodiversity and reduce stormwater. The sites would be prepared by rototilling and subsoiling prior to planting. The planting would be a combination of native bare root and potted tree and shrub species.
The planting around the off-leash dog park will be on the perimeter as there are water tanks beneath the area.  Dog walkers have been asking for trees in this area to provide shade and wind protection.

(The two maps below show the planting areas.  Double-click on maps for enlarged view) 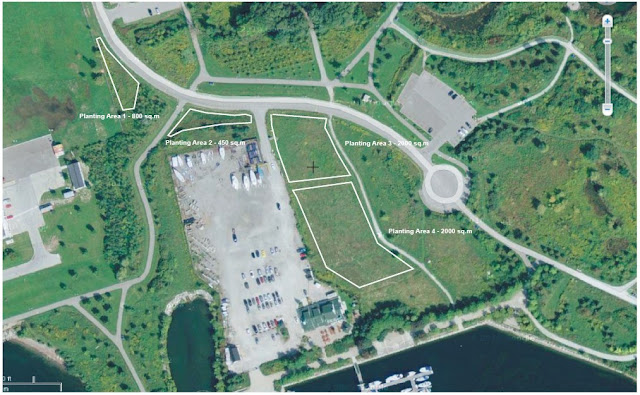 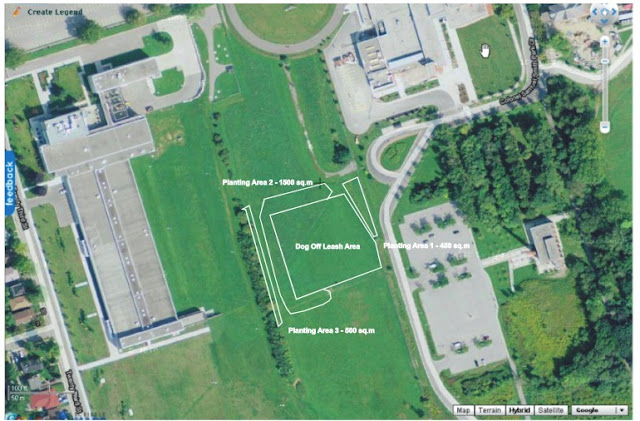