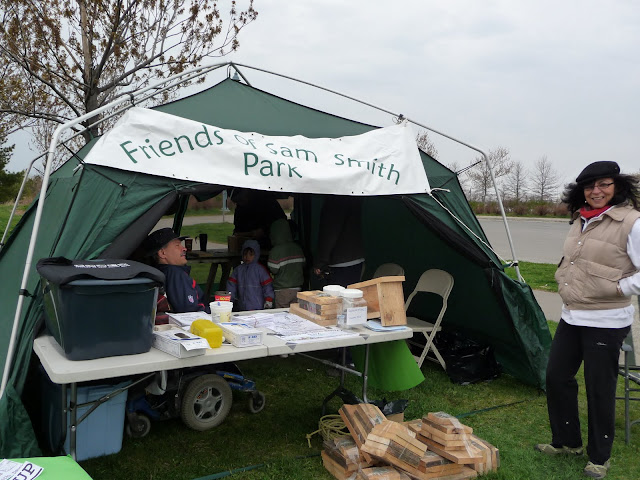 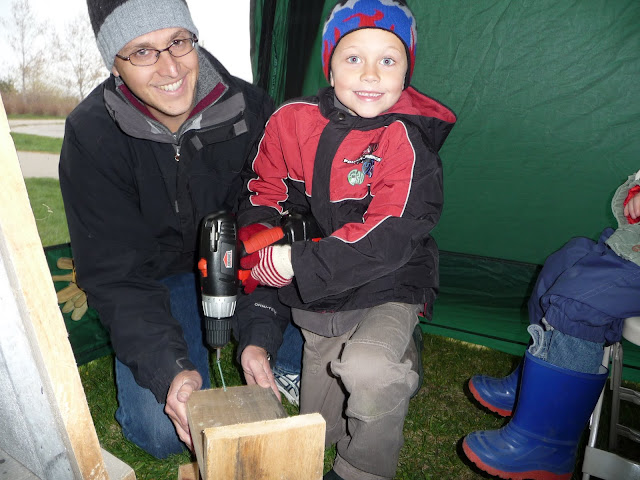 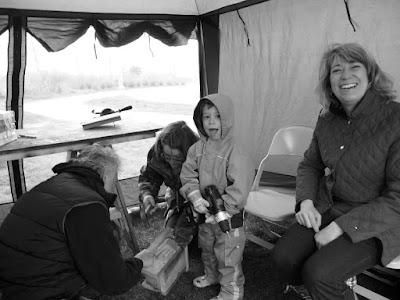 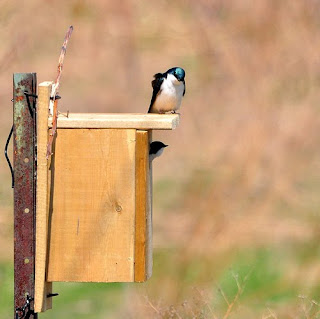 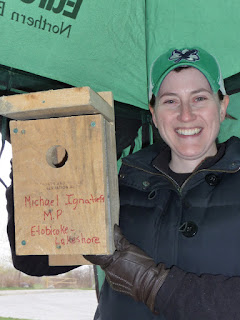 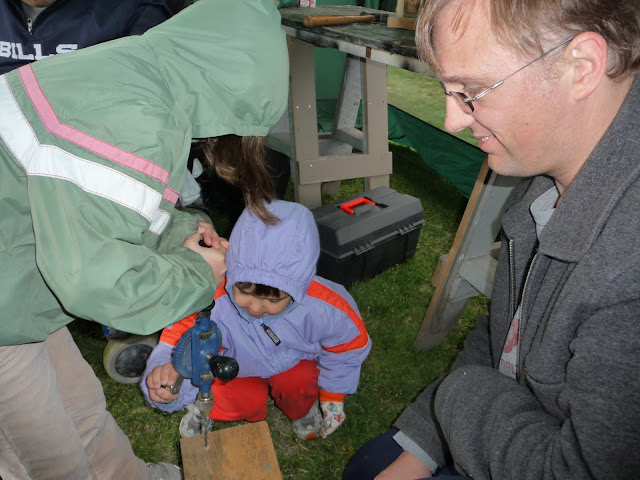 It was a wet, blustery day on Saturday for the Annual Sam Smith Clean-up organized by Alan Roy, but that didn’t stop the hardy from coming out to do their part - FOSS and CCFEW members, Police College Rovers, Laurel Broten (MPP Etobicoke - Lakeshore), reps from Michael Ignatieff’s and Councillor Grimes’ offices, local families, birders, dog walkers and, of course, the indomitable Alan Roy in his waders hauling out the big stuff from North Creek.  The park is now spotless.  The job was a little easier this year, probably due to the new high-capacity litter bins that were installed last year and the work done during the week by city staff, local schools and Earth Day volunteers.
Friends of Sam Smith Park set up a tent this year and invited families to build tree swallow nesting boxes using kits supplied by the Toronto Region Conservation Authority.  There are now approximately twenty-three boxes set up in the park, mostly all claimed, due to FOSS’s efforts.  As these have become a big draw for park visitors, there will be another opportunity to build a box at the upcoming Bird Festival on May 29th.  Look for the FOSS table.
The photographs show Daniel and his dad, Liam, Abhelin and their dad and Laurel Broten and her son Ryan working on boxes. Jennifer, an Ignatieff staffer, made one on behalf of her boss too!

Thanks for getting the big stuff out of North Creek.
Somehow, between yesterday and today a raccoon was found dead in the creek near the north end.there were a couple cans of high energy drink near him(whether related or not I don't know)I pulled him out of the creek(yuk) and partially buried him on the bank where he won't contaminate the water.(anymore than it already is)
I cleaned up a ton on bottles where the concrete steps are,most with holes in the side(maybe used as bongs)
It was nice to see those old chairs out of the water.
Elaine