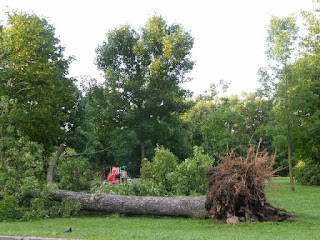 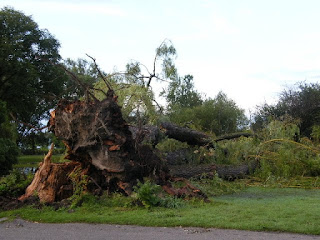 Sam Smith Park was very lucky over the last three weeks to elude much of the tree damage that surrounding parks suffered.

At the end of July, Rotary Park, just to the east, endured major damage, which destroyed two trees and many downed branches.

This past weekend, Marie Curtis Park, just to the west, was featured on local Toronto newscasts, with six magnificent mature willow trees being knocked over and some damage to other tree's limbs.

Here are some views of the Marie Curtis willows, courtesy of George Raikou.