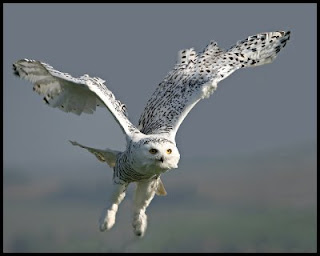 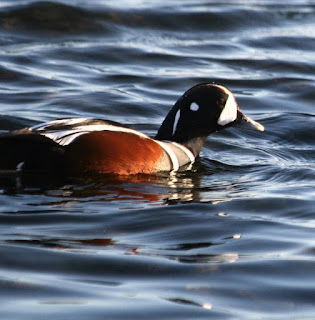 We made a quick visit to Colonel Samuel Smith Park today to see if we could relocate the young male King Eider reported yesterday. We re-found in quite easily just off the rock point south-west of the eastern most bay. It was quite close and was actively feeding on what appeared to be mussels.
As we were leaving we also found a first year male Harlequin Duck in the next bay south-west of here near the point. As luck seemed to be on our side we checked the marina and re-found the Snowy Owl which we had missed on several earlier occasions.