CONCESSIONS IN THE POWER HOUSE 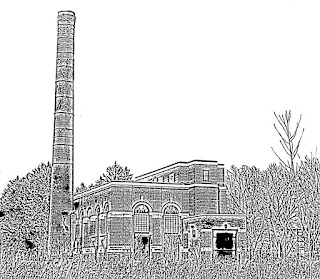 One concern expressed directly and indirectly at the skating trail meeting the other night is that, if the facility is eventually built, will there be pressure to install a permanent concession in the Power House? And if so, will there then be pressure to build more facilities around the Power House to draw more people to provide a larger client base for that concession if rights are sold to a profit-motivated, private company?
This is what happens now in some other city parks and city-run golf courses? For example, The Grenadier Group has concession rights until 2016 in the highly profitable Grenadier Café in High Park and The Sunnyside Café on the western beaches as well as Sunnybrook Park. They were also given rights up to the year 2011 to Don Valley Golf Course, Dentonia Park Golf Course, Humber Valley Golf Course, Scarlett Woods Golf Course and Tam O’Shanter Golf Course (coincidentally, this motion was put forward by Councilor Grimes in 2006 at the Economic Development and Parks Committee).
The Grenadier Group has long been a favoured enterprise in the eyes of the city and could conceivably get a good shot at any Power House development. It is alarming to those who wish to safeguard the naturalized features of the park when they visit the company's other venues or see them describe themselves on their website as “a full service catering and entertainment business”.
It is not hard to imagine that there might be business interests who have their eye on the Power House as a restaurant, patio bar, and entertainment venue. The question is, would a skating trail be the thin edge of the wedge and precipitate an inevitable slide towards a Coney Island future for our beautiful, waterfront nature park?
Posted by Terry Smith