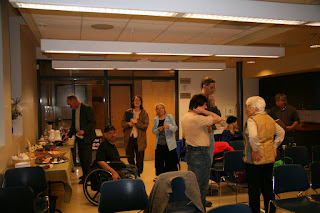 Question: What is missing from natural eco-system to control cormorants?

For information on Cormorant management:

Cooper’s Hawk there is one living in Sam Smith Park

It was asked if we can put up signs saying this is a Natural Habitat Area – it is supposed to be here. Barbara Keaveney said she would check the wording of the signs in Mississauga.

In Mimico Linear Park there will be a dune feature that will be a mirren grass and cotton wood restoration dune.

People are concerned because they are not seeing as many frogs and toads.

Discussion about the skating trail and negative environmental impact on the park and wildlife. Set-up meeting for executive to review issue.

Question was raised – Can we ask for a full environmental assessment around the introduction of the skating trail.

ACTIONS:
Jem to:
Send an e-mail to Connie requesting presentation, and asking if we can get permission from Lou Wise to use the aerial photo showing Sam Smith Park from the north of the park looking toward the lake
Ask Connie to contact Toronto Water re cleaning and dredging the settling basin on a regularly scheduled basis
Connie Pinto contact info:
Connie Pinto
Project Manager, Waterfront Planning
416-661-6600 x 5387
e-mail: cpinto@trca.on.ca

Send e-mail to Larry Field mailto:lfield@trca.ca asking the current status of the Arsenal Lands development – when is it scheduled to move ahead and have both Cities agreed to pay their share of the expenses in a reasonable time frame

“Friends of Sam Smith support maintaining the green spaces we have including the trees and oppose the artificial ice trail in Lakeshore Grounds/Sam Smith Park. We support the creation of a Sam Smith Citizen Advisory Board.”

If you have a photo or comment you want posted to the blog, please send it to friendsofsamsmith@gmail.com

Terry – Blog and member at large